Currently shipping charges are free for any shipment within the EU. 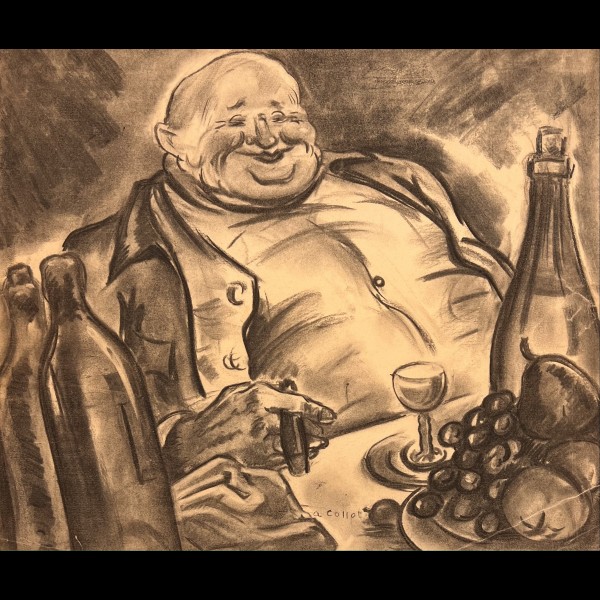 Large sheet signed lower middle.On the back sketch probably preparatory.Folds in the lower corners and on the right border... 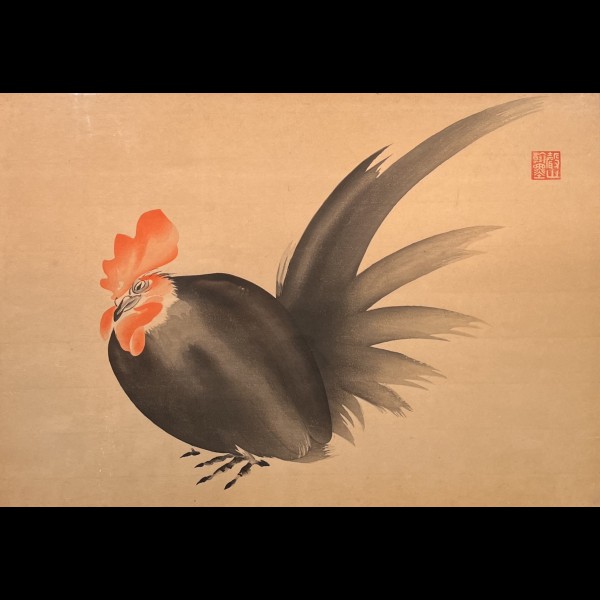 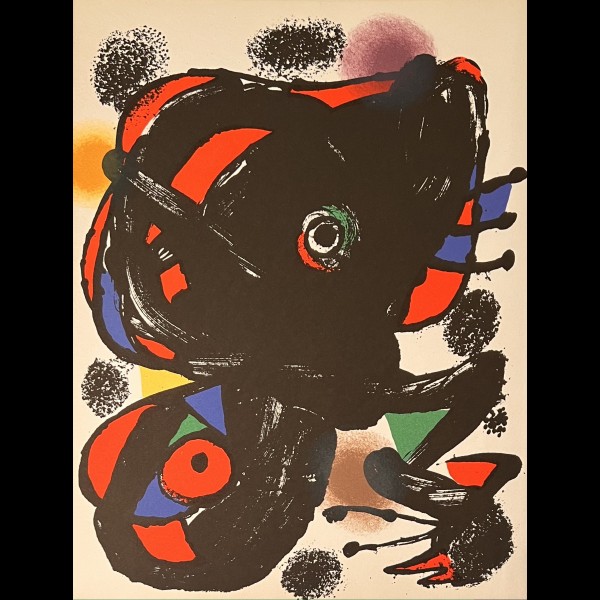 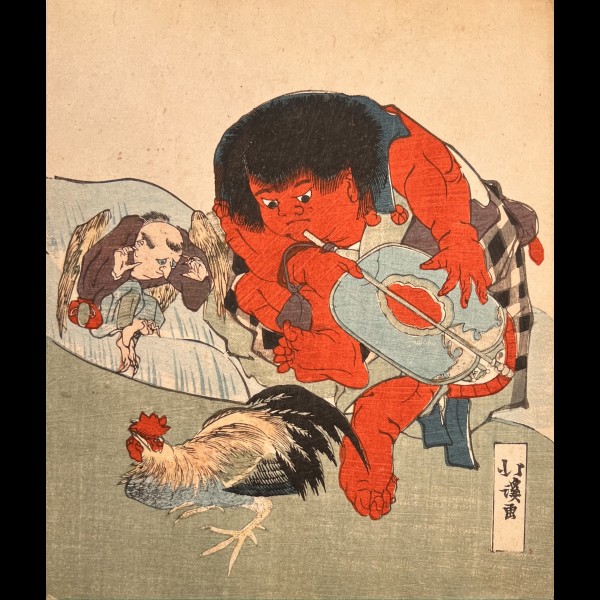 First surimono from the set : Mountain after Mountain (Yama mata yama)Kintarô would be the natural or adopted son of the witch Yama-Uba, ogress living in the mountain. He bonds with the animals among which he is raised and later, after capturing the terror of the region, Shuten Dōji, he becomes the disciple of Minamoto no Yorimitsu under the name of Sakata no Kintoki. Child with superhuman strength, he is a popular character of noh and kabuki. Kintarō dolls are exhibited on Boys' Day, Tango no Sekku in the hope that the boys will become as brave and strong as Kintarō. The tengu ("celestial dog") are a type of legendary creature having the form of raptors, they are traditionally depicted with both human and avian characteristics, wings, talons instead of hands and feet and for the most part. ancient representations of the beaks which over time transformed into an abnormally prominent nose.Beautiful print with fresh colors, tiny scattered foxing.Nishiki-eChubanCa.1890..